A performative installation about the use of imagination and its relation to perception and meaning, based on the novel Don Quixote of la Mancha. The reader/spectator will explore the dichotomy between reality and fiction, the relationship between image and sound, the perception dysfunctions that lead to madness. A formal game which will enhance our ability to imagine, always trying to keep the sense of humour so praised in Cervantes’ work. Connected to the idea of a polyphonic novel, the installation will be characterized by the baroque and simultaneity, a worldview that interprets reality from several points of view whilst overlapping without prejudice vulgar language with poetry, comedy with tragedy, philosophy and satire.

For ‘La Triste Figura’, we are going to build a scenic device that will represent the journey of the main character, Alonso Quijano, makes on his way to madness. A half sculpture installation half scale model that moves the viewer to the perception Don Quixote had of reality. A device that will work as a stage space, plot and performer in what is being proposed, and we imagine as a great scenic vanitas (in painting, vanitas designates a particular genre of still life, with all kinds of objects of high symbolic value, often in the Baroque period. The objects represented are all symbols of the fragility and brevity of life, denounce the relativity of knowledge, and the vanity of mankind subject to the passage of time, death) 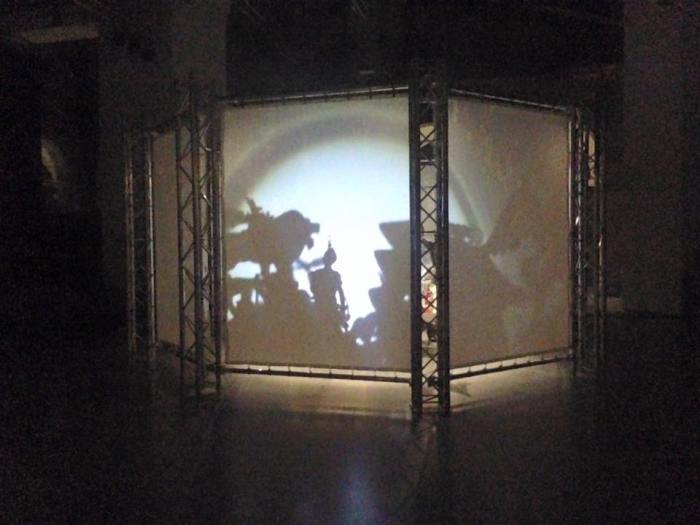